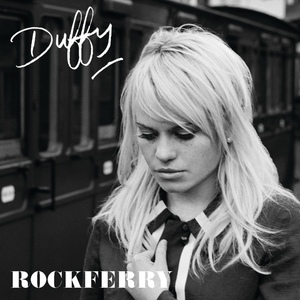 Just over a year ago, I heard a new singer with an unusual lilt to her expressive voice perform the song Mercy on Saturday Night Live. Duffy was riveting with a old/new sound, so I stuck around for her second song. I’m glad I did. The lyrics immediately made me think of a variety of stories about being used as someone’s Stepping Stone.

Once I’d decided that the film industry was an ideal setting for the story, I went to work on possible plot lines. The best of them all was already taken with the wonderful All About Eve. Eve Harrington did everything but sleep with Margot Channing. What an interesting story it would be if she had! There are so many motivations for using someone to get ahead. We see it around us in the media all the time. And even if that’s not what’s going on, there’s always bloggers and gossips to make out that it is.

Looking for interesting villains and possible heroes, I settled on a seasoned actress as my femme fatale. Her recovering victim became the heroine of Stepping Stone, independent film producer Selena Ryan. Satisfied with my characters, from there the plot rolled out around the making of a movie and the clash of power that goes with money, superstardom and talent.

Once the chicken and mayonnaise was in Gail Welles’ hands, the story worked for me.

I’ve been inspired by the titles of songs before. Unforgettable, Substitute for Love, and The Kiss that Counted in particular. But this was the first time that the meaning of the lyrics were equally inspiring. It is Duffy’s performance that conveys a woman’s fragile resolve not to be used again, regardless of the allure.

The lyrics of Stepping Stone were written by the team of Booker, Stephen Andrew, Duffy and Aimee Ann. It’s the perfect example of when one kind of art inspires another. After hearing the song every other project I was considering was pushed aside.

Stepping Stone releases on November 16 from Bella Books and is now available for pre-order.

(At present, there is a seller stating they have a used copy. I know this to be impossible, so please, don’t anyone plunk down $45 for it.)