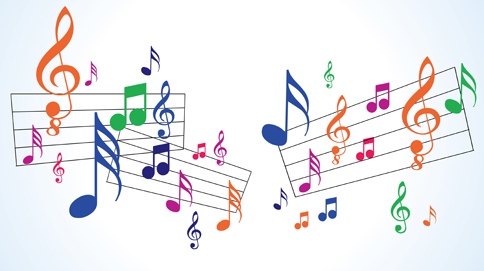 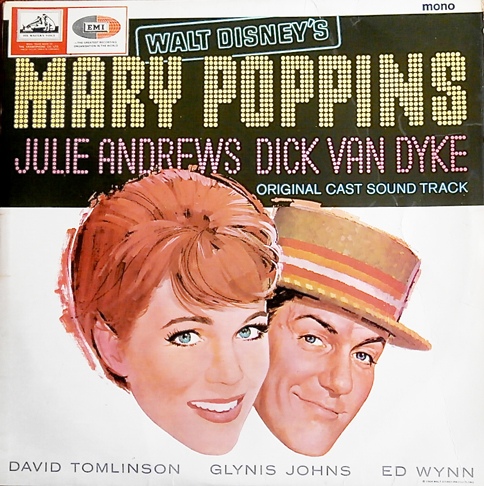 It was a San Francisco moment. On Pride Sunday this past summer, I went up the stairs from MUNI to the street. I was on my way to the premiere of Hannah Free. As I reached the bottom of the short escalator to the street level a group of men burst into song. Ahead, another cluster turned and joined in. For about thirty seconds, there was musical theater in the subway station, and why not?

That spirit of music is something my daughter understands. She’s the only person I know who can read and sing at the same time. Sometimes, as she lays on her back on her bed, she reads, sings and dances her feet on underside of the bunk above her. I wouldn’t be surprised to discover she sings and dances in her sleep. She will no doubt make an interesting dormitory roommate.

I Wanted to be Mary Poppins So Bad

As a child, the first time I heard someone talk about having a personal soundtrack was in a comedian’s tale of an epic go-cart race where each participant had a personal theme song. It was a relief to know I wasn’t the only person who heard music at even the most mundane moments of the day. I don’t think I was ever a single song type of girl. I had whole orchestras in my head, not to mention the singing groups and of course, the limitless pleasure of the soundtrack to Mary Poppins. Because some days were simply supercalifragilisticexpialidocious. Or flying a kite, or feeding the birds. To this day, I think that “Sister Suffragettes” set me up for a lifetime of feminism.

It’s probably why I never pursued a musical career after years of piano lessons. I could hear the music in my head, and the music I could create was never a match. More than anything, though, I wanted to be Mary Poppins. She knew how to get what she wanted, could slide up a banister and there was no telling how many books she had in that magic carpetbag. And she could sing like an angel. Try as I might, I never could sing like Julie Andrews and I didn’t waste any time trying. My mother sewed me a costume though. I still have the carpetbag and the tea set.

Music Flows through Everything

It’s hardly surprising that when I write a story songs flow through it for the characters. After I finished working on Stepping Stone, I proofread the eBook of Unforgettable, which features a character who sings the way I wish I could, and has a repertoire to suit every occasion. Iconic songs like “Unchained Melody” or “These Boots Were Made For Walkin'” inspire moments in the story. At a sad moment in any story I write I hear one of two pieces: the candlelight march from The Times of Harvey Milk or “Cantus in Memory of Benjamin Britten.” At other moments in a romance novel, songs like “Closer to God” and “Love to Love You Baby” are more earthy and appropriate.

As I write this I’m thinking of “Hello Dolly.” Bear with me, because it makes sense.

Some years ago a friend told the story of being on a river excursion, one of two lesbians with a bunch of gay men. As they sailed under a bridge they all saw Dolly Parton filming a movie on the bridge above them. By the time the boat turned around the men had organized themselves into a four-part harmony chorus and as they sailed under her they sang “Hello Dolly,” a perfectly senseless act of singing.

I’ve always thought that if there’d been only lesbians on the boat, they’d have organized a potluck in her honor.