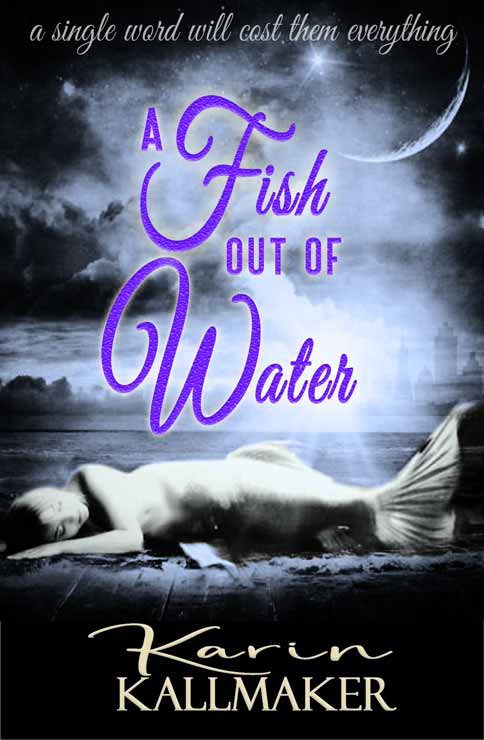 A single word will cost them everything…

An above sea hunt for the pleasure and song of human women turns disastrous when Ariel, 77th daughter of the Mer Queen, shares rising tides—powerful passion—with the forbidden Erica. Court rivals quickly report her transgression and Ariel finds herself an example of what happens to those who defy the Queen.

Stripped of her voice and placed under a powerful curse, Ariel makes her way above water to Erica’s side. Erica, who is now dying for want of the one thing they can never share again.

The foursome who conspired to create the anthology Once Upon a Dyke (2004) were ahead of their time. My contribution was A Fish Out of Water inspired by The Little Mermaid while others tackled Beauty and the Beast and Cinderella with lesbian heroes of course. I remain very fond of A Fish Out of Water and am pleased to put it out into the world on its own. No subtext. No need to ship the characters. No fade to black.

Visit Karin's store to purchase A Fish Out of Water.

Mobi format for Kindle and ePub for just about everything else.

Original anthology Once Upon a Dyke or A Fish Out of Water.

Standalone ebook at major online retailers in their formats. 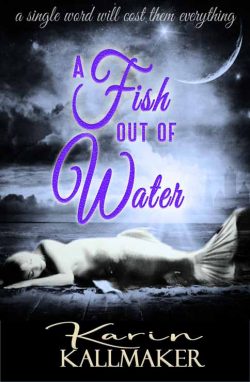 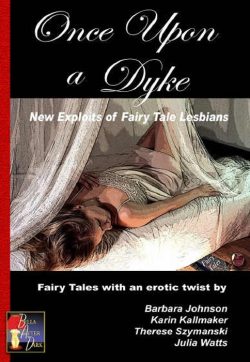 Her voice plays on my body like the tide. I rise and fall to the cadence of her words while past and present eddy in my mind, muddied by shifting sands of need and desire. She asks me if I want her. The gooseflesh along my arms says yes. The wet I can feel surging between my legs says yes. I try to say yes with the intensity of my eyes, the eagerness of my hands, the curve of my lips.

She doesn’t understand that I can’t give her the one thing she needs to release us both from the cage our passion has created.

I cannot say yes. Or no. I cannot speak.

Erica’s question brought Ariel back from her intense study of Erica’s home. The driveway ended at a very large house. All the windows were dark except one. A single, wan light burned over the wide double doors.

When Ariel didn’t answer, Erica looked over her shoulder. For a moment Ariel could only think of that night, and Erica’s face framed by the collar of her white tuxedo. The rose had been there, she knew it had been. The light flashed on the white at Erica’s temples and the silver of her eyes. What did it matter, Ariel thought. Erica was infected and dying, and now she was as well.

“You haven’t said a word.” Erica studied her in the light over the entry. “You said plenty that night.”

Ariel nodded. She remembered everything they had sung between them.

Ariel realized then that lying would have been easier. There was so much she wanted to tell Erica, so much truth, it just hadn’t occurred to her she might need to be ready to lie. It was too late to change her story, so she simply nodded.

Erica’s eyes flared with sudden anger. Her nostrils flared slightly while her lip flared with contempt. “So you’re somebody else’s toy now, is that it? Then why are you here?”

Ariel shook her head, trying to say with her eyes that she wasn’t playing a game.