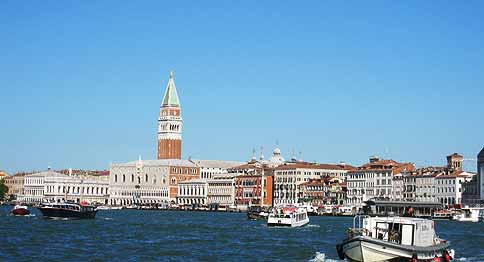 I Lose My Heart to Venice

A few years ago, before pandemic restrictions, my wife and I traveled to Italy. Our first stop was Venice where we were picked up by boat at the airport and whisked to our hotel on Murano Island, with the familiar skyline of Venice in the distance.

We were there for all of a few hours before I knew I’d write about Venice through the eyes of a smitten tourist. So many places can’t ever live up to their hype, but for me Venice surpassed its hype.

I filed away experiences, art, food, smells, noises, music, and the heat in the way that my writer brain does. Photographs, some notes. Gelato, for research of course. So much gelato.

I had a setting and all I needed was a story. I trusted one would come to me, like we writers do.

We left Venice for Rome a few days later. Venice had been crowded but that was no preparation for the crowds in Rome. On a Vatican tour at one point I was sure I could have lifted my feet from the ground and not fallen.

It was April and so it rained. The towering canopies of the pines of Rome don’t give any shelter from the rain. There was also lightning, which ruled out umbrellas, and it was too hot to wear a rain slicker. So when it rained we did what the locals did – we ran for cover. 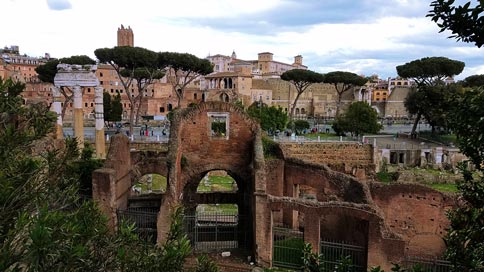 The rain clouds were massing. The pines of Rome are beautiful but useless when it rains. Photo by me. Or Maria. Not Sure. One of us took it.

One afternoon we saw the rain on the way and chose a nearby museum to take shelter. And in that museum was a coin collection. Cases and cases of coins commemorating emperors, their children, wars, festivals, gods, and weddings. My interest in the coins was heightened by the fact that the room had very thick windows for security which made it ten degrees cooler than any of the others.

Glancing down one of the long cases I saw something unusual. Out of the many coins with two figureheads facing each other I saw one with two women, and the eye contact alone was suh-suh-sizzling!

I Was Wrong But Oh So Right

I thought, “Huh. Who would make a coin with two women? Who were these women? When did they get together? Who carried it? Why was it given to them?” Never mind that about a minute later I realized that it wasn’t two women. At that point I didn’t care because I had answered all my questions.

The coin was made by Artemis herself near the Icarian sea. She cast it for her Beloved. The Beloved carried it until she lost it. And the poor coin has wandered ever since, trying to get back to the Beloved. It ends up in the pockets of women who deserve its … unique … guidance.

I do want it noted that, at the time and in the moment, I didn’t ask myself how much gelato that coin would have bought. I wonder that now, of course.


A Series is Born

I don’t write series, at least not very much. My ideas usually have discrete edges, with interiors designed to fit exactly two people and that exact time and place, and no more. My Venice story would have three characters: two women, one coin. My instincts said it would probably be a longish novella.

At some point – perhaps over morning coffee when my brain woke up – I realized that my forlorn coin was the perfect frame for more than one novella. I immediately thought of my very long list of short story and novella ideas that have always been shunted aside for novels that end up taking all of my energy. But I love writing shorter fiction. I’ve been carrying around a female knight in my head for decades. Wondering where an older woman who gets to drive a car on her own for the first time might end up.

Or a young woman sent off to audition for the part of She Who Marries the King, but finds her affections turn elsewhere – call that one Love in Waiting – and OMG what about that Tennyson poem Enoch Arden that I’ve always wanted to turn into Too Many Wives and basically my brain exploded.

Since I’m a writer it wasn’t as messy as that sounds. Essentially, if asked what I was doing at that moment, I would have answered, “Just thinking” as the mushroom cloud in my head continued to expand. 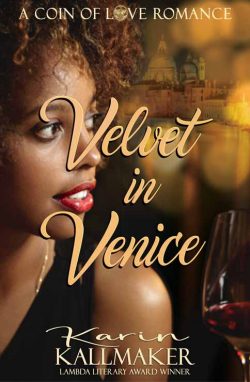 Final Result of the B/Rainstorm

The Coin of Love Series will be an eclectic collection of romances, ranging across genres, themes, moods and eras, with one thing (aside from sweet sapphic love) tying them together: an old coin that seems to show up just as a woman needs one little push toward the love of her life. Velvet in Venice is the first story in the series. I hesitate to number them as they can be read in any order, but the bookselling world wants books in a series numbered. So mote it be.

Though I have many more ideas, four of them cemented well enough for me to give them names and start the process. Velvet in Venice was released widely yesterday – available here and at Bella and everywhere else. You can get a signed paperback from me – it’s a great gift this time of year, and the story ends with very happy holidays.

Future Coin of Love Romances and a Self-Portrait

Here’s a sneak peek at the three that will follow, plus a self-portrait of the Coin of Love brainstorm which also demonstrates why I write and don’t draw for a living: 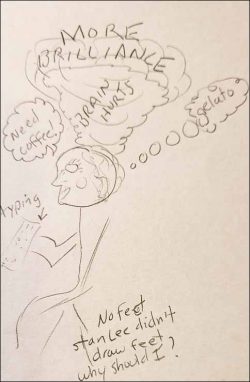 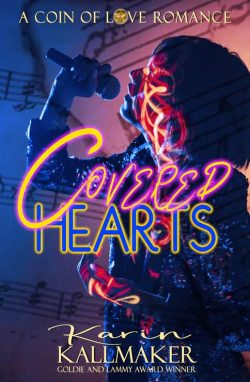 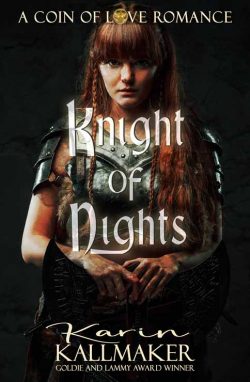