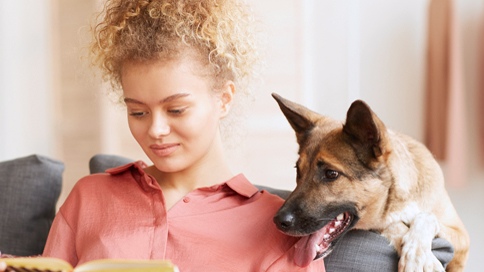 Doyou remember when Hallmark aired a commercial with a lesbian kiss, and some of their viewers lost their minds, and temporarily Hallmark caved and said they wouldn’t do that again? Seems like a decade ago, but it’s only been seven months.

The lesbian smooch was too controversial and they wanted their viewers to count on Hallmark to help them escape.

These viewers pleaded for escape. Romantic, happy-ending stories is escape. They begged for it, and were screaming-loud-livid that anyone would take it away from them.

You see it, right? These enraged viewers wanted to escape from us. The mere sight of us in an ad ruined everything. We don’t belong in their visions of happy, cheerful, funny, gooey, lovey-dovey places.

We’re “heavy issues, hard stuff, distracting controversy,” and it really sucks that at first Hallmark totally agreed with them. Like a lot of people I called them out for it. In doing so I saw that Hallmark rom-coms didn’t only provide escape from gay people, it also allowed viewers to escape from black, brown, and indigenous people. Their programming for the 2019 Holiday Season was almost exclusively white. 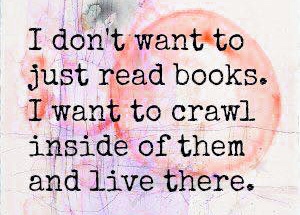 All of which is to point out a disturbing connection: Does “I just want to escape from the world” mean from the pain and conflict? I suspect for most people I know that’s what they mean when they plead for escapist entertainment. It’s what I mean.

And yet… Persistently in mainstream media, a romantic escape from conflict and woe means escape to a straight, white world. The problematic aspects of the real world are avoided, minimized, or erased, along with the people most affected by them.

Over time, unchallenged, doesn’t that mean this exclusive, straight, white world free of woe becomes in our collective minds the “best” world? This possibility is especially disturbing in romance, a genre which successfully upends the literary presumption that no story is inherently interesting, and certainly not profitable, unless it centers a man.

What Would an Alien Conclude?

Would an alien analyzing our happy-ending stories think a straight, white world was our ideal happy place? That it’s the “natural” preference because it is so ubiquitous? Would they wonder if casting directors (including the ones in writers’ heads) leave out certain people because it’s not “organic”?

“It’s not organic” is an oft heard complaint about diversity being “injected” into fiction without historical, i.e. “organic” basis. This argument is often extrapolated to say that a fictional world created as 99.9% white, male, and straight must stay that way for the sake of organic historical accuracy.

It’s an argument made with a serious face that, even in fiction, the erasure and omissions of the past must be perpetuated because history demands it. Doing anything else (like putting queer people in space) ruins everything.

That entire situation with Hallmark is a microcosm of many issues. Right now, it encapsulates my internal conflict when people talk about escapist reading in lesbian fiction, especially romance. I believe readers should have books that give them escape. It’s one of the functions of entertainment. Pandemic, incompetent leaders who are literally letting people die, racists championing the heroes of slavery, men insisting women are making up sexual assault. So many gleefully repeated denials of science. So much rage. The deaths of people we love, admire, and respect. It’s crushing. When every day seems more and more like The Hunger Games, we need escape.

And yet… If I ask “escape from what and escape to what” of a big media romance presence, I have to ask myself that as well.

Getting Closer to Home

As an example, in my 2005 retelling of a Jane Austen classic, set in California’s wine country, all the characters are white. It was “organic” to the work, after all. And yet… It reveals a true limitation of my own imagination at the time. I still love the book, but yeah, I coulda and I shoulda. If I wrote it now I woulda.

And yet… If I want to read or write a story that escapes from racism, hunger, trans murder, sexual assault, and corruption, to a world filled with flirting, passion, honest respect, and world peace, I have to ask myself why I would accept without questioning that such a world could only be populated by a select group of white people?

Or, in my genre specialty, why that world could only contain cisgender, white, thin, often super rich, hyper-privileged, and always physically perfect lesbians? I don’t want to live in that sanitized, whitewashed world – the very idea fills me with horror. And I don’t want to exalt only those kinds of worlds in the name of “escape.”

To Answer the Question Why..?

My personal answer to why I would accept for so long, without questioning, that lovely, escapist, stories and their story worlds could only be populated by the most privileged of white people, is that I grew up in a very white community when post-Civil Rights era forces worked overtime to return white people to their rightful place in the world. (Sound familiar 40+ years later?)

I learned in almost all-white schools, including through college. Books, TV, and movies overflowed with white people. Soul Train on Saturday afternoons passed as diverse programming. The Jefferson and Huxtable families did not expand my horizons in useful ways either. I had Ms. Magazine and subversive romance novels to open my eyes to sexism. My early career in nonprofits opened my eyes to ageism and income inequality. But when it came to race my eyes didn’t open for far too long. Too, I accepted the practical advice that studying the offerings of publishers who might accept my work would help me get published. I gobbled up romances and mysteries by the armload. I internalized the rules from what I read, and my first submission to a lesbian publisher was accepted.

The opportunity to publish a romance with two female leads existed because of the untiring work of relentless trailblazers over nearly two decades of struggle. I was elated to add my stories to this hard won place in bookstores and reader’s lives, and I remain proud of the sisters before me who made it possible.

And yet… At the same time I accepted what existed as the template for what was allowed. In our women-in-print movement and our stories we left people behind.

Anchored in the Real World

I’ve never been a writer who could completely escape the real world in my stories. I may have done it once or twice – Embrace in Motion and Sugar come to mind. I have created lots of privileged, white lesbian characters, that’s for sure. Most of them face sexism and homophobia in some way during the story, and many financial hardship, all of which is a direct reflection of my experiences in life being female and queer.

For me, writing a story that has a foot in the real world creates an empathetic bridge for the reader into the story. Once across, it’s easier for the reader to accept all the cute, charming coincidences that spin an engaging romance. Readers lose themselves in the story because they find pieces of themselves in its pages, after all.

And yet… I can do better at creating worlds where readers find pieces of themselves by discarding limiting templates of the past. My recent works reflect my attempts to do so, but there is so much more to do.

Discarding Templates of the Past

Representation is vital. As long as elite, mostly white worlds are the template for ideal existence, everyone else can be seen as optional in fiction. Dangerously optional in real life. The more all types of people are present in stories the safer they are.

What’s more, their individual story arcs can hold the full range of human experience. Dead Lesbian Trope and Bury Your Gays is real. (So is Bury Your Disabled Trope.) If mainstream stories had plenty of queer, disabled, black, brown, and indigenous people who live to the end of the movie, show, or book, it wouldn’t be so erasive and upsetting when one dies.

(Is erasive a word? I feel like it ought to be a word.)

Life informs our art and our art informs life. All of my writing career has been watching women loving other women in life and putting them in my art, so readers can escape to worlds where they exist, are the heroes of their own lives, and live to the end of the story. 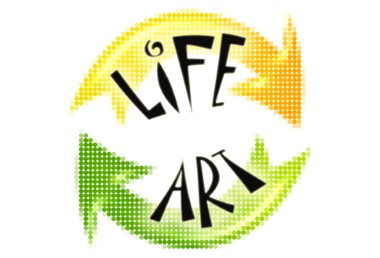 As someone who is privileged in many ways, and nevertheless lives as a marginalized person as well, what I choose to put into or remove from the life-art cycle is my responsibility to myself, my readers, my community, and my planet.

Everyone deserves to see themselves in happy, cheerful, funny, gooey, lovey-dovey places.

It’s not in me to tell every possible story, but I can do better with the stories I can tell. I can also do better at lifting up the work of writers who tell the stories I don’t.

Making that firm commitment to my role in the cycle gives me the relief I need to find creativity and keep writing in these chaotic, stressful times. The only person I control is myself.

In my story worlds, however, I’m the god. It might take longer than the proverbial seven days, but it’s all on me in the end to behold it honestly, and ensure that it is good.

N.B.: This is my journey in self-examination and I share it to remind myself to do better. Perhaps someone else sorting through issues and their work past, present, and future might be helped as well.