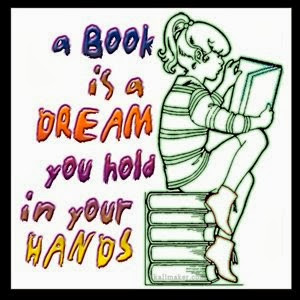 Question: Why do you use third person limited so much? Why don’t you vary the point of view more within scenes?

Obviously there are lots of opinions about point-of-view (POV) and its uses. General rule: if the reader stops even for a nanosecond to figure out who is speaking or thinking at that moment, something is wrong with your POV and that is always a bad thing. Clarity and smoothness are absolutely essential whenever you switch them.

Since I feel that reader connection to the character is the crucial element in the pleasure a reader gets from a romance novel, anything that snaps the connection is bad. I stay in a single POV in a scene for several reasons. First is that I’m comfortable with it. Second is that I feel it bonds the reader to that single character as tightly as possible. I’ve written entire novels from a single POV and often that feels comfortable as well, especially if the novel is concerned primarily with that woman’s transitions. But I’ve also found over the years it makes me work a little harder on the connection between the two characters in the scene, especially during a love scene.

If I’m using Jane’s POV and Nancy’s having a, um, really good time, how does Jane know? How can Jane (and the reader) get inside of Nancy’s head? It has to be through Jane’s emotions and reactions. So I work harder to bring the reader into Jane’s head and stretch her also to glimpses of Nancy’s thoughts and feelings as well. For example,

Jane ran her thumb over Nancy’s lower lip, feeling a responsive quiver at her touch. As she continued to gaze into Nancy’s dark eyes, she was amazed to see Nancy’s pupils dilate slightly as they leaned closer. Astonishment that this moment was leading to a kiss made Jane’s heart pound.

There’s a little bit of extra name/pronoun verbiage in there I’d edit out eventually, but you get the drift. So I would hope that Nancy’s reactions are vivid enough through Jane’s observations not to need to flip to Nancy’s point of view – Nancy wants to be kissed and Jane (with reader) are all for that.

In a later scene, I’ll likely switch the points of view (if the book has both points of view established), and probably validate that Jane was exactly right in her observations of Nancy’s reactions, knitting the two lovers’ bond even more tightly with something like,

It was like that first kiss all over again, Nancy thought. She would have never guessed that the gentle touch of another woman’s thumb on her mouth could bring such an avalanche of response inside her. Had her eyes been filled with as much amazement as she now saw in Jane’s? Damn her own incoherence — why was it so hard to find words? Her mouth was too dry to speak but not so dry that this second kiss, all these weeks later, wasn’t just as wonderful.

I also like a single point of view in a scene so that my characters can make flawed observations that more perceptive readers will get. For example,

Jane whispered, “Don’t you feel the way I do?” She focused on the drumming of Nancy’s fingers on the table top, then finally risked a glance at Nancy’s expression. Nancy wouldn’t meet her gaze. After all they’d shared, Nancy didn’t say a word. “I guess I was wrong.” She was out of the coffee shop in under three seconds, calling herself ten shades of a fool.

If I’ve done my work right along the way, most readers will know perfectly well that Nancy, very shy, is still trying to find words while impetuous Jane has jumped to the conclusion that silence means apathy or embarrassment. That can take a couple of chapters to work out as Nancy learns to speak and Jane learns to listen. The readers who don’t see that Jane jumped to a conclusion will get it later when Nancy says, “Sometimes it takes me a while to find words. You were gone before I could get I love you out of my mouth!”

Anyway, those are generally my reasons for staying in a single point of view for the length of a scene. It’s comfortable, I like how it ties the reader to a single character at a time, and I think it makes me work harder to express my character’s perceptions of the other woman in the scene, illuminating both characters.