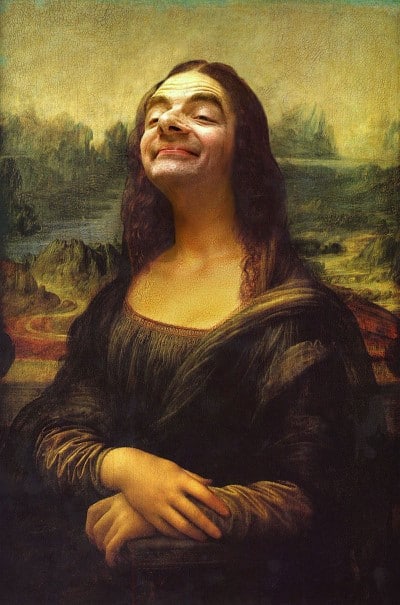 What is it about Rowan Atkinson’s smooshy, agile face that fits so perfectly across so many eras? Blackadder’s range of feckless to sneering expressions, and Mr. Bean’s wordless cunning to clueless antics – they make me laugh.

Sharp, blistering scripts were the hallmark of the Blackadder series, and Rowan Atkinson delivered wonderful lines:

Blackadder: These are volatile times, Your Highness. The American Revolution lost your father the colonies, the French Revolution murdered brave King Louis, and there are tremendous rumblings in Prussia – although that might have something to do with the sausages. The whole world cries out, “Peace, freedom, and a few less fat bastards eating all the pie!”

Mr. Bean was always a treat because the usually dialogue free humor worked for the kids too. When they were little hysterics were caused by the turkey on the head and dozing off in church. When they were older it was the terror of showing up for the math exam and realizing he knew none of the answers. Who hasn’t had that nightmare?

When I’m writing a sharp-tongued character or trying to put together a slapstick, motion-driven scene, I often visualize the way Rowan Atkinson speak and moves. Trying to capture that in words is daunting!