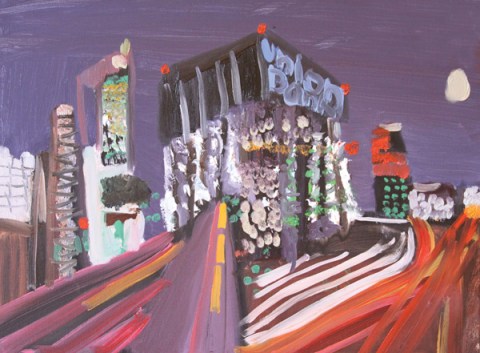 Cue the fundraising appeals and Facebook frames about raising awareness and “giving blue” and so on. Much like pink ribbon frenzy in October, lots of charities want you to help raise awareness about Autism. The big player in Autism “awareness” is Autism $peaks. Sounds great, putting a voice to help autistic people be better understood. Except that’s not what Autism $peaks is about.

Couple of things here, let’s break them down.

First, I am all for awareness of autism. It’s hugely misunderstood. So before you jump into supporting “awareness” make sure you’re aware.

I feel that Autism $peaks is not helping anyone be aware of autism because it is wholly focused on the most extreme end of the autism spectrum. They also want you to believe (contrary to science) that it is an epidemic, so give money or your family could be next. Because of awareness, diagnoses are increasing over time, but the actual incidence of autism related conditions isn’t going up – we just know about them when before we didn’t.

No awareness organization that ignores science to make money will ever get my money, plus it calls into question the validity of all of their messages.

Does That Mean I Don’t Care?

I have enormous sympathy for the families who are caring for – with little resources or help – family members with autism who are violent, self-destructive and unable to perform even the most basic acts of personal care. I understand the desire to “unlock” an intellect and open communication. Isn’t this a terror we all have? That our minds are locked inside a shell we can’t break through?

Science may well learn a way to reduce the extremity and at least mitigate the physical risks and emotional exhaustion for family providing care and for the person with extreme autism. I know there is a camp that suggests that perhaps autism at the far end of the spectrum is a new way of being. We don’t know either way. I do know that harm, physical and psychic, should not be part of a family dynamic. Help is needed, real help, not based on quackery or behavioral therapies that have no proven record of ever working – and not based on a default definition of “normal.”

But people with autism need to be a part of the process of designing research, testing solutions and evaluating the success of treatment. Autism $peaks has actively worked against including them.

Autism is a Spectrum – What Does that Mean?

While Autism $peaks raises funds on the spectre of autism as a violent, destructive theft of what ought to have been idyllic family life, it’s simply not true. Why? There’s proof in your own life: you probably know someone on the autism spectrum, and you just don’t know it.

People with autism lead all sorts of lives, like everyone. Some need adaptive routines, others need medication, some have other complications and some don’t even know they’re autistic because who and how they are is simply who and how they are. That’s what a spectrum is in practical terms. In medical terms, Autism Spectrum Disorder “ASD” covers a wide range of diagnoses, many of which aren’t the “monsters” Autism $peaks would have you believe.

Autism $peaks doesn’t believe in the spectrum. They want all autism cured, without regard to whether the person with autism is interested in that cure. All forms of autism are a scourge that creates monsters – at least that’s what their fundraising missives and videos suggest. I won’t link, see for yourself with the Googlez. If you visit their site, compare it to this one: Autism Women’s Network. To me, the difference between fear-based manipulation and basic humanity is palpable.

Not All Deaf People Want to Hear

Deaf Culture is real, and there are deaf people who live happily in that culture. If a fix was available some would not take it. That’s their right – remember how we argue about how women, not the government, a church, or their family, should have sovereignty over their bodies? That.

There are a lot of people with autism who do not want a “cure.” And will not have a cure forced on them.
See Please Don’t Support Autism Speaks
or Reminder not to Donate to Autism Speaks During April

So before you select a Facebook frame to raise awareness, know what autism is and what people all across the range of autism want by way of help.

For me it boils down to this: For many people living with some form of ASD, it is just another way of being. When another group comes along and says, “your way of being should be eradicated” everyone’s alarm bells should go off. Isn’t that what conversion therapy is all about? Seeing people who are contentedly different as something that needs to be eliminated? Homophobia in all its violence is about killing what is different. Isn’t a drive to “cure” a difference not everyone experiences as harmful the same thing?

To wrap up, there’s my whole take on feeling charitable via buying products with this or that ribbon on it. Donate consciously to organizations that are putting in the world what you want more of.

My Bottom line? Even if I liked their program, I wouldn’t give a dime to any multi-million dollar organization ($50M income in 2014) that spends nearly 25% of income on raising more money. This fact is why Autism $peaks has a meager 2 star rating on Charity Navigator. That’s why I’m swapping out the S for a $ in solidarity with autism activists.

If help for autistic people and their families are high on your list, I urge you to look at the Autism Women’s Network I linked to above. If you are interested in advocacy about autism, look into the Autistic Self-Advocacy Network.

The art used for this blog is New York at Night by Kevin Hosseini, from the book Drawing Autism by Jill Mullin, foreward by Temple Grandin.