Because fiction isn’t real life, it can have a symmetry and balance that provides a familiar and comfortable structure for the reader, especially in genre fiction. All rules of writing can be broken—no doubt about that. For every “you mustn’t” there is a writer skilled enough to say, “Oh, but I must,” and be right.

For the rest of us, the rules are pretty good guidance.

One rule I’ve always adhered to is balance based on word count in the progress of the story. It solves characterization problems, highlights inconsistency in use of different elements throughout a novel, but most importantly it has, time and again, fixed plot problems through the simple application of a bit of math.

It’s not original, not by any means. Years ago, I read Syd Field’s Screenplay, which set out the classic three act plot that is the backbone of a lot of great screenwriting. His discussion of structure was adapted and modified from a thousand years of theater history, all the way back to Aristophanes.

At 25% of the story all ground work has been done, and all elements of the narrative, characterization and plot are set in motion. From that 25% comes the full rising action of 50% of the novel. The final 25% harvests everything that was planted in the first 25%. Everything in the last 25% can be traced to something in the first 25%. Balance that works for me.

A good analogy is an acrobat spinning plates. If my instincts say the story I want to tell is likely going to be about 75,000-85,000 words (e.g. Substitute for Love or Finders Keepers), then the cut-off for tossing a new plate in the air is at about 20,000 words. The next 40,000 words will keep every plate spinning. At 60,000 words it’s time to start catching plates, one-by-one, leaving the best for a skillful, confident final act, then exit stage right.

When all the plates are caught, the story is over. There might be a little bit to be done so everyone can catch their breath, take a bow, do a very short encore if the audience clamors. 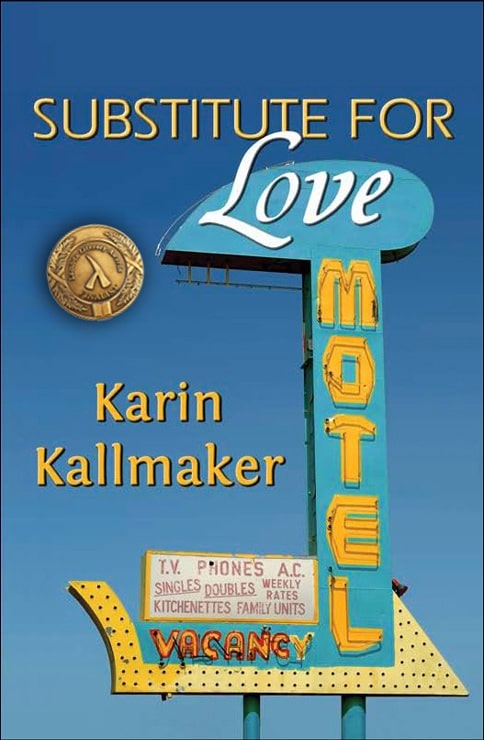 If I don’t stick to this rule, I make sure I know why. But quite often, when I struggle with the last 25% and suddenly nothing that I know must happen seems logical or natural to the story, I realize the problem has to be in the first 25%, where I failed to set up in some way what I’m trying to get to unfold at the end of the story.

The fix is not to toss a new plate in the air near the end of the story, but to go all the way back to the beginning and figure out where that plate should have been launched in the first place.

I keep that plate spinning, be it big or small, along with the others and when I need to catch it at the end of the story, there it is, just waiting. In truth, if all the plates got up in the air when they ought, they will come right back down when they ought, and it almost feels like all I’m doing is obeying the laws of physics.

Application of my 25/50/25 guideline has helped me discover that the end of chapter 4 was really the opening of chapter 8, that chapter 2 was chapter 1, that I needed an epilogue, or I’d failed to set up the believable back and concurrent story that made the conclusion logical.

Plates don’t have to be big — they can be little things. Can I have two characters sail away together in the Aegean having never mentioned that either had any sailing skill or any desire to sail, or a love of that location? I can try – but a lot of readers will scratch their heads. If I toss a plate with a sailing trophy and some photos of Greece into the air in chapter 2, and keep it spinning with an occasional longing glance at commercials with sparkling oceans, it would make selling that ending – catching the plate with a sure grasp instead of a bobble – a lot easier.

Seeds for the Ending are Planted at the Beginning

My default to “nothing new after 25%” as a concept has also kept me honest in creating character traits. For example, a character who has a jealous fit that interrupts the march toward happy-ever-after, needs to have demonstrated the capacity to have a jealous fit in the first 25% of the story, or it will seem like a convenient author’s choice, soap opera tactics, that keeps the characters in constant turmoil for the sake of the turmoil, instead of moving forward in believable, emotionally truthful ways.

The final chapter is not the place for a sentence like, “She called her mother, who was very important to her.” If the mother wasn’t important enough to get mentioned in the first 25%, then she can’t show up at the end, out of the blue, and carry the convincing role that the author would like her to.

Doubtless, since this is a rule-of-thumb that I have been using for so long that it’s second nature to me, I’m not explaining it as well as I might. But it’s the longer explanation to an answer I recently gave in e-mail. The question was, “Why can’t I figure out how to end my story?” My short answer was, “The problem isn’t at the end, it’s at the beginning.”