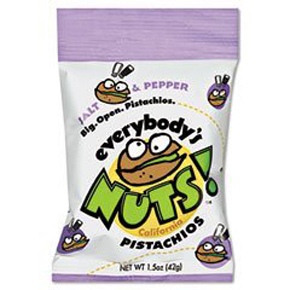 If you’re like me, when you were younger, you swore there were things you would never ever say. Like “Because I said so.” All parents know that you violate those early on; parents say them because they’re the literal truth. It is all fun and games until someone loses an eye, it makes no sense to jump off a cliff even if all your friends do, and you will eat it and like it because your other choice is starvation, and I mean it.

On the other hand, there are the sentences that come out of your mouth that you never thought would have relevance to your life. As the children grow older, this phenomenon increases as their own separate personalities bring wild cards to the conversation.

Our household is comprised of one mom, who prefers all R-rated content to be on television or in books, but can be provoked into the occasional curse or ribald remark, a fourteen-year-old male who loves Quentin Tarantino and discusses everything from body fluids to hair with his friends, a twelve-year-old female who reads everything and resents being barred from Robot Chicken because it’s too grown up for her, and then there’s me.

I am of course known far and wide for my genteel disposition and pristine ladylike manner.

Tonight I said one of those things that I never anticipated. My son had been enjoying pistachios–he and I are big fans of Everybody’s Nuts! California Salt and Pepper Pistachios. We get the big Costco bag. They’re fun to unshell, and occupy the urge to snack longer than potato chips, plus they’re better for us. Last night he enjoyed his usual snackage, leaving his bowl of empty shells on a side table and the half-consumed bag on the floor.

To his credit, he did pick up the bowl at some point today, and toss the shells in the compost. He did so without being asked. This evening, however, I spotted the bag, still on the ground next to the chair.

So, cementing my recent winning of the family “That’s What She Said” competition (in which my son was the only real other contender), I stepped to the bottom of the stairs and bellowed, “Kelson! Your nuts are on the floor!”