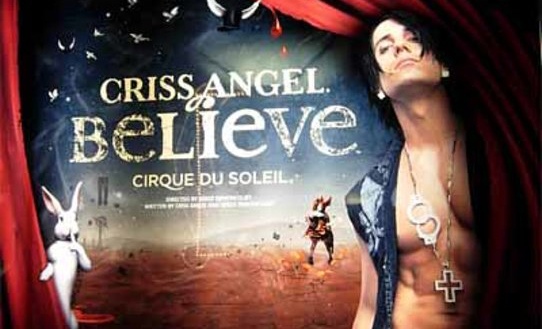 It’s not an outrageous assumption that entertainment is going to be entertaining. When selecting shows to see in Las Vegas this past week, we had to balance the likes and dislikes of our family of four. Sure-fire winner was Blue Man Group. We all loved it. Two hours of pure fun, thought-provoking imagery and clever wit that transcended language. It had energy, great live music and laugh-out-loud visuals.

We split into dyads for the next night. My partner and daughter saw the newly arrived Lion King while my son and I took in Penn and Teller. The Lion King report was all raves. My partner hated the movie, but the musical she loved, saying it was imaginative theater, fantastic visuals and great use of staging opportunities. My daughter LOVED IT!

Penn and Teller’s magic act, backed up by wonderful live jazz piano and bass, is all about debunking magic acts. They tell you how they’re doing a trick while they do it, so you know it’s a trick. Thing is, they’re so good that you still can’t see how it’s done. Explaining Sleight of Hand is a masterpiece of timing.

There are definitely things that no instruction manual can teach, and three decades of practice don’t hurt. The show was nearly two hours and my son was as engaged and awed as I was.

I pause at this juncture to explain that I had never heard of Criss Angel before arriving in Las Vegas. My 13-year-old son had. The show Mind Freak airs via A&E, and features Criss doing street magic and stunts, like walking on water. That can all be very cool. My ignorance didn’t matter, however. That’s because the first 15 minutes of the 85-minute show was spent making sure the audience knew who Criss Angel was. We saw a 40-foot high poster of his stage persona face, and video clips of his levitation stunt above the Luxor. Then Criss himself arrived to greet his screaming fans down in front.

During his patter he mentioned the likelihood that the 7 o’clock show audience was partially drunk, that he lost a fortune in his divorce and many of his fans were rabidly so. A fan “spontaneously” brought a sheet with “We love you Criss” on it, which was taken to the stage. After a not-so-subtle positioning, Criss disappeared from behind the sheet. We’d seen Penn & Teller do the same trick the night before without a sheet. Then the clips from Mind Freak began to set up the big Tessla coil trick.

As I said, this was the first 15 minutes of the show. After that, it gets pretty hazy exactly what the show was about. We had surrealistic Cirque de Soleil clowns and story, but no sign of acrobats. Criss was supposedly electrocuted by a Tessla coil, and – on a video feed – we saw his badly burned face. There was some wailing from the women cast members over his injuries, one of whom apparently hated him. She turned into the bad witch (black woman with black hair and smokin’ hot red outfits), and then the good witch (white woman with blonde hair and more discreet attire) did battle over Criss’s, well, I guess his soul.*

Note that during the video and early stages of the fight over Criss, Criss is not on stage. Supposedly, he’s being treated for burns. But since the “accident” was completely unconvincing, I’m guessing he was backstage getting out of his bandana and into maybe something less “street.” All in all, of the 85 minutes, he was offstage for at least 20.

If your persona is about doing stuff on the street, for the street, then a glitzy, glib, slick production is at odds with the persona. As is the $180 ticket price for front row seats. Parts of the show were for people who couldn’t possibly afford to be there. Certainly the patter and attire didn’t create any large-scale persona. The five clowns (the entirety of the obvious Cirque presence save for one acrobat later) were equally common. Not commonplace. Common.

Did I mention that the women next to us laughed when the 40-foot poster was unveiled? My son said “WTF?” and he was the one disposed to like it the most. It’s going to sound like I just don’t get it, I suppose, but for the next hour, when Criss finally reappeared, we had a series of disjointed vignettes, only one acrobat, and maybe a total of 8 tricks, all of which were done to pre-recorded music via trap doors or wires after ponderous set-up time.

Every time a wire was used to “levitate” Criss around, he landed and was greeted by helpers who were obviously removing his wire. Boxes and screens were positioned with plodding deliberateness allowing me to guess that was where the trap door was.

There was no misdirection that succeeded in any of this show. That’s like no “I love you” in a happy-ever-after romance.

What Were We All Supposed to Believe?

I don’t know, even now, what I was supposed to believe about Criss Angel Believe Cirque de Soleil. My 11-year-old daughter was predicting the tricks, and we both saw the last one underway. Criss needs to work on his stealthy crawling bit.

Time wise, 85 minutes later, the show was over. Around us were varying degrees of “What the hell was that?” It was weird Cirque de Soleil and weird magic act, without the Cirque de Soleil or magic, which left only weird and weird. Criss never projected a persona that was anywhere near as large as that 40-foot poster.

I tried for a while to come up with the perfect word to describe the performance. Originally, I thought it was underwhelmed. But finally, as we discussed how great Blue Man Group, the Lion King and Penn & Teller were, I changed my word to lazy.

The show was lazy. It never broke a sweat to live up to its own theater decor. This was equally true of both the Criss Angel and Cirque de Soleil elements. The music was pre-recorded, so not even a great Cirque band.

As I thought about how hard the other performers we saw rehearse and work, and then how hard most people in Vegas are working to entertain, it wasn’t merely lazy, it was offensively so. The Midlers and Minellis know what happens if you get lazy. Kathy Griffin has built a wonderful persona on the very idea of being tireless.

Unfortunately, Criss Angel and Cirque de Soleil aren’t alone in their laziness. How many books have all of us read where the story was never as big as the author’s name blazoned on the front?

Writing is Work – It’s Supposed to be an Effort

At every book club event I’ve ever witnessed, the author spends time explaining how the characters were created, and what she had in mind when a character reacted a certain way to the unfolding of events. As always, a reader expressed not just appreciation for the work it took to create a believable character in an entertaining story, but also surprise that the author went to all that effort.

Thing is, if I’m going to pay $15 for a book, or $55 for (heavily discounted back of the house) seats for a Vegas show that runs $180 for front row, I expect the creators to have put in more work than a marketing campaign. I certainly hope that my readers expect that of me.

When something costs as much as a couple of hours pay, the reader shouldn’t have to self-edit as she reads, skipping bits I or my editor should have realized were irrelevant, or pulling a story from the mire of bad grammar or muddled narrative instead of having it unfold for her while she puts her feet up. She should be unaware of the work that went into an entertaining book until the very end when she hugs the book to her chest and, as we did in unison after Blue Man Group, says, “That was really good!”