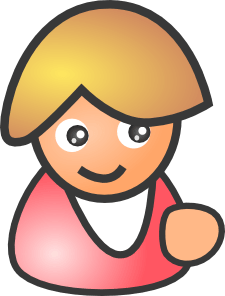 Since leaving home and the shelter of my father’s toolbox and fix-it-ness, I’ve lived in apartments, one older house and two new homes. I have preferred the new homes in spite of their generic qualities and my inability to ever finish decorating them. They don’t require relationships with repair people. Living in the Bay Area, with its extensive housing boom, means that there are fewer true handypeople around who want to repair what exists rather than rip it out and install new.

This latest “new home” is a few months older than my daughter. She turns eleven this year.

Take the gate. Please. Seriously, the post on one side of the gate snapped off during our most ferocious windstorm. I had to confront that the contractor grade fencing job was of course done the fastest and cheapest way and eventually every post will break as none were sunk with cement or sealed from rot. Still, this was just one post. Okay, another—in common with a neighbor—was also leaning like a landmark in Italy. Weeks of messages and inquiries—and finding that darned near every fencing contractor in the area only did repairs to iron and chain link—I finally got two bids.

Both, just to fix the gate post were over $500. Both included a bid for the entire fence on that side of the house (about 65 feet), which was $1500. Finally, I found Raymond. Raymond’s work is quality, but Raymond is on his fourth day of fixing the post and the second post that also needed replacement. Raymond’s bid was $250, and he’s sticking with it. He just works slow. So I spent much of spring break babysitting the fence repair project.

Then there’s the water heater. The last thing any home owner wants to see is water where there should be none. Several inches of it, below the water heater, behind the shelving with the canned goods and such that there’s no room for in the kitchen. Likely, seals cracked during a recent small spate of earthquakes epicentered right below us. (These are the best kind, and in spite of the inconvenience, I’ll take water heater leaks over a hurricane-ripped roof.) I had just arrived home from Fort Lauderdale, went to get a can of potatoes and saw the water. Okay…so the first part of Spring Break was finding a plumber.

Rasheed was my knight in shining armor. I get positively dewy-eyed when any tradesperson takes one look at a project, quickly says what they will do, how long it will take, then does it. Rasheed didn’t even blink when I took him to the kitchen, pointed at the ceiling and said, “That happened about four weeks ago and it’s still wet, so…” Yes, the water heater leak forced me to take that water mark on the kitchen ceiling seriously. It turned out to be a small leak around a weld in a pipe directly above. I will soon get around to patching the sheet rock.

After the Repairs, the Restoration

Spring Break week ended with fencing repair supplies still underfoot, and our gonna-do-it-ourselves project of painting the area around the water heater with sealer (two coats) and putting back all the displaced shelves. Because everything was a mess it was an opportunity to organize again, which I like doing, so at least that was a good outcome.

I got all the materials I needed for the painting project, stepped back to assess the first step, knocked over a bicycle which knocked over a bottle of 2005 Black Opal Syrah that had traveled home safely in my suitcase from Boston. The bottle bottom popped open and there was red wine everywhere. I mopped that up (teaching my son several interesting words along the way), and jammed a shard of glass into the end of my middle finger. More vocabulary lessons for my son.

After I got the glass out, I was standing in a garage that smelled like a bar at seven a.m., sucking the blood off the wound on the end of my finger—no oakey overtones or notes of cherry, sadly—looking like I was flipping myself off. It was kind of how I felt. But after a while the painting got underway and with the whole family working on various stages, the garage was back in functional order shortly after nightfall.

My Point, And I Do Have One

Real life isn’t just a humorous anecdote or two, however, and there were moments when I might have felt sorry for myself because basically the whole “holiday” week was devoted to One Thing After Another. After a month of such events—TIVO hard drive died, the brakes on the sedan had to be replaced, the van’s check engine light came on, etc., it all added up. I didn’t get to play any Wii, nor go on a hike with the kids when they got bored to tears without school, or relax in the spates of warm sunshine. Aren’t stay-at-home moms supposed to be able to do such things?

My nephew by marriage, a sweet, gentle mid-twenties guy, woke up at three a.m. Easter morning with a gun to his head, at the mercy of two intruders. The newspaper article called it a home invasion. He told his mother, when she and my brother claimed him from the hospital midday Easter, that at one point one gunman had wanted to kill him, but the other had talked him out of it. Thirty stitches in his face, he is apparently doing okay. He’s alive. His mother feels absolutely blessed that he survived it – and I can only imagine, and hope that all I ever have to do is imagine – how she feels.

I’ve got nothing to complain about.