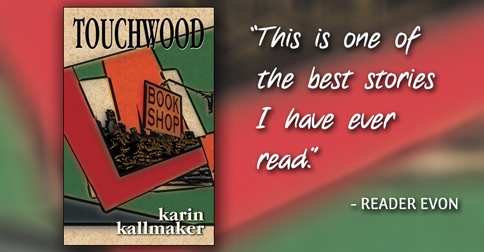 Prompted by the observation on the GCLS Discussion List that began with “Why aren’t there more characters over the age of 50?”

One of the first questions a romance writer has to answer is “Why is this character single?” The older the character, the more complicated the answer to that question can be. To me, developing a character at the opening of a romance is bringing the reader to believing why she is the way she is at this moment in her life.

This explanation (the “heavy lifting”, as I think of it) is logically twice as long for a 50-year old than for a 25-year old. She has probably made twice as many mistakes, had twice as many romantic entanglements, and has – in most cases – done a lot of the hard work in sorting out who she is. In sheer biographical detail, her backstory is twice as long.

I’m not saying that’s why writers may avoid older characters, but it can play into the writer’s decision about what age to make her primary characters. I know that if I’m intent on a certain theme, one of the first things I ask myself is if exploring this theme makes sense for the life history of the character I have in mind. Where she is at that moment must make sense for the plot that is about to unfold for her.

For example, if one big theme is a crisis in her work place where she has to find her backbone and stand up for herself, does this theme play realistically for a woman of 30? Yeah, that seems not a far stretch; she hasn’t had to stare down a jerk on the job before. Could she be a woman of 50, though? Hmmm, to be that mature and yet to experience that moment of personal growth…a perhaps harder thing for the reader to believe. Ah, but if it’s her first job outside of the home, or her first job when she’s an out lesbian, the theme might work for a woman of that age…and so I would have to explain a lot more without bogging down the story.

It’s not a barrier that would turn me away from making a character 50 – it’s just an example of the challenge I would face.

Another reality is lack of confidence in the character’s voice. By that I mean I prefer character voices that ring true and if I lack the necessary empathy/life experiences to create a true voice I won’t give that character a point of view. I don’t think I’m very good at creating a character based solely on research or other writers’ perceptions – I fear being derivative and unrealistic. (If I attempted a forensic scientist I have a feeling she’d look, sound and act just like Kay Scarpetta, know what I mean?)

Those of you who have read Touchwood will notice that 56-year old Louisa has no point of view. I was 30 at the time I wrote it, and knew I could not write Louisa in her own voice. What I could do was write a 29-year old slowly opening her eyes to the reality of who Louisa was and the complexity of Louisa’s life story and personal character. So I think, for me at least, a certain amount of self-censorship comes into play.

You can do things with secondary characters that you shouldn’t with main ones; perhaps that’s why more than one of us has chosen to create older secondary characters. The heavy lifting is there, but the way you bring it into the story is so much easier.