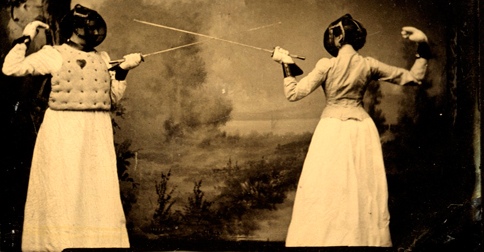 It’s an elegant litmus test:  When Bad Reviews Hurt Good Authors and What Can Be Done to Change That by Marguerite Quantaine. If you do these things you’re part of the problem of misleading, unethical book reviewing.

So go read that. I’ll wait.

Back? That was quick. But then it was straightforward and simply expressed, wasn’t it?

As an aside, the issues that Marguerite Quantaine addresses in her blog are not unique to our literary community or limited to books. Wherever critics and artists and the people who pay for it all mingle this kind of behavior happens. I have a few links to other articles about what has been evolving in the book world (No Rage Stalking Here – Why I Welcome Critical Reviews Nov 2014) for those who are interested. It explains why I find the rage spiral perplexing and how I process reviews.

First Step: Don’t Be Part of the Problem

As I said in a discussion of Marguerite’s blog on writer Georgia Beer’s Facebook wall, what’s elegant about it is that it doesn’t tell anyone how to review, it simply points out the behaviors that are complicit in furthering unethical book reviewing. Don’t do these things. Just because the Internet will let you do them doesn’t make it ethical or even good for sales. Don’t do them unless you want to be part of the problem. Pretty simple.

My remarks in this blog are about book reviewers who are NOT guilty of the behavior that Marguerite describes in her blog. I’m going to refer to them as “ethical reviewers” for the sake of brevity, plus it’s accurate.

However, discussion of Marguerite’s blog and others has inevitably segued, as it always does, into divergent ideas of what’s the right way to review books in our community, echoing discussions I’ve seen many other places over many years about this issue.

Because ethical reviewers are doing so in different places, have varying goals, experience levels, diverse styles and different audiences, it’s important to say that there are many right ways to review a book.

What’s right for a casual reader may not be proper for an author-reviewer with a conflict-of-interest to disclose, and may not be right for an experienced reviewer whose followers have set content expectations.

But there is one topic that gets everyone’s hackles up.

Let’s remember we’re not talking about unethical reviews, so take the trolls, mean girls, and homophobes out of the equation. Nikki Smalls addresses review Grade Inflation head on. Still, there is so much dread about critical reviews that in these discussions about the right way to review, people float various ways to discount, discourage, or hide them, even when they are honest and deserved.

There are already plenty of nose-in-the-air types who don’t want to take women writers, let alone lesbian writing, seriously. I believe that we are playing right into their hands when we suggest that negative reviews of lesbian fiction:

I’ve seen nuances of all of these ideas floated in various discussions for years. Don’t get me wrong, I believe most people are coming at it from a place of good intentions, but I believe they’re misguided.

These ideas all undermine the existing quality and strength of our lesbian writing community. They feed the presumption that books written about and for lesbian readers are lesser than those written in other literary communities. The persistent statement that honest, ethical criticism should be out of public view makes it appear that our work – the entire community’s – isn’t capable of withstanding thoughtful, literary scrutiny.

The rules should be the same here as elsewhere: BRING IT. We are not afraid of words.

I’m not saying that sometimes reviews aren’t posted by actual, real haters; these are not ethical reviewers. I’m talking about the disgruntled authors who say they are being bullied when a reviewer says, “The author did a poor job of crafting characters.” Or the false equivalence of the reality of lesbian life and receiving a critical review. Being fired from your job for being gay and getting a review that says your book has a plot hole are not the same thing.

I still remember some of my early negative reviews and I’ve worked with many debut authors. I know the first negative reviews hurt like the devil, but none of the authors I know folded up forever solely over a negative review. They can make you want to eat your eyeballs but put down your pen forever? No. No reviewer has that kind of power over a writer and we should stop implying that they do.

Those who wish to work privately should do so – what a generous offer that is to an author, after all. In fact, because author-reviewers could easily be accused of being motivated by a conflict-of-interest, they often work privately with other authors to express critical feedback. It should not be seen as a rule to protect the author of the book, or the book’s public rating, but as an unfortunately necessary option to protect the giver of the feedback from the ire of fans.

Ethical reviewers who post critical reviews shouldn’t be told there are rules against that sort of thing (where? who made them? how do I get my copy?) and that they had better change or remove their review lest there be repercussions against their favorite authors. You’re now in anti-Meryl Streep land and part of the problem.

Don’t think this happens? I’ve received forwarded emails from distressed authors being threatened by other authors in the lesfic community for a less-than-five-star rating at Goodreads.

Last, the idea that our community can produce only excellent books defies all logic, all statistics and simple reality. It’s not credible. Any practice that seeks to hide bad books because we think that it makes the entire community look bad has missed an obvious point: the outsiders you are so concerned about could conclude that not a single reader or reviewer in our community knows a bad book when they see one.

Let’s get out of the way of ethical reviewers who can and want to give honest feedback on every type of book of every kind of quality. Let criticism work across the board, just as it does in other literary communities.

Authors, Ask Yourself: What Would Nora Roberts Do?

At the risk of offending some, and recognizing that I speak from a position of privilege (okay, and age), I want to echo the style of metaphor that Marguerite used in comparing our journey to that of a lofty star. When we suggest that we or other authors in lesbian fiction are not able to withstand the customary, ongoing criticism such as occurs in every other artistic field, I wonder if someone like Nora Roberts ever made that suggestion. Did Toni Morrison? Stephen King? Yet all of them have been viciously and unfairly reviewed by both critics and readers at some point, and all of them lived to write another day.

If we want to be taken seriously as writers we need to be ready to let the chips fall where they fall and move past the fact that sometimes we do not get our fair due and sometimes other people are behaving badly and there is nothing we can reasonably do about it that doesn’t elevate them and demean us.

And distract us from doing what we love doing. Turn on the headphones and write. Paint the skies and seas of another new world.

Note on 2020/06/07: This blog was originally titled “What Would JK Rowling Do?” I have changed it because I can’t glorify a writer’s ethos when that writer continues to go out of her way to misrepresent and misunderstand the needs, stories, and rights of transgender people.