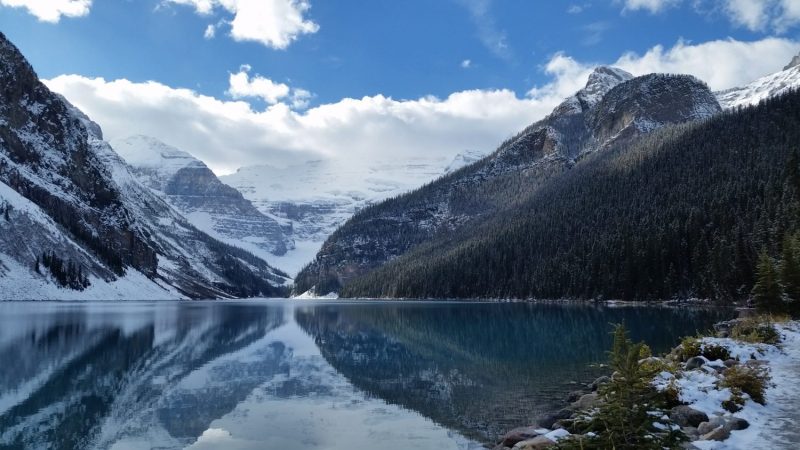 Anyone following my Facebook feed knows I’m in Canada seeing the eye-popping sights. Yesterday I met up with two passionate lesfic fans, Tara and Patti. (Did we take a picture, no we did not. Bad Karin, bad bad! Instead, you get a picture of Lake Louise.)

As we chatted I admitted that I had, that morning, written the opening paragraphs of the next novel. In their honor I’m going to go ahead and post them. And just leave it there. Still thinking over the title. Not sure about the names. Things will change.

So I guess, yes, this is a big tease.

Nita Brassley was so angry she made a seven-layer English Trifle, and then two pans of double cocoa brownies.

In the course of her baking tirade egg white had smeared over the letter from Chance, Emperor & Co., but the ink refused to smear.

She’d said “no” once, and now the nerve—the nerve! To send her a first class air ticket, reservations at the Omni Park Central, and the assurance of Hamilton tickets—how rude!

As a matter of fact she’d said “no” twice. Once in the email and then on the phone.

She whipped ganache into submission and coated the brownies. Anita Topaz didn’t make personal appearances. She didn’t care what the contract said.