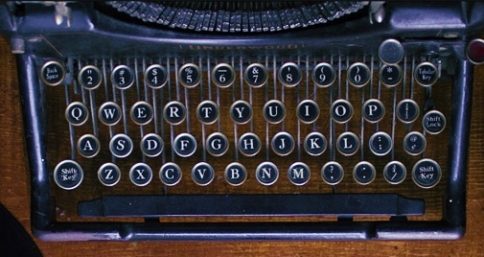 Question from a New Writer

How careful does a writer have to be when using real people or events in their lives in a story?

There are, I’m quite sure, legal realities that answer this question, but it’s easier to wrap my mind around the ethical issues. I am usually upfront with people over small stuff, e.g. “That’s a great line, I’m going to steal it” or “gorgeous photo of an alpine meadow–I think I’d like to set a scene some place like that so tell me all about where this is, how you got there…”

Over something larger, like a significant life event, I guess I’d first say I don’t think anything I’ve ever written wasn’t inspired by true events as my usual genre (romance) is grounded in reality.

When I hear a moving personal account of something in someone’s life I can’t help it – it gets sucked into the creative soup. The story (abuse, grief, guilt, survival challenge, whatever) gets mixed around with everything else that ends up in there. It may or may not surface again.

If it does, then I try to match the issue with the character I’d like to write about–to match up two creative impulses into a single character, and a single story.

For example, stories I’d read about the drought and struggling grape crops in Europe and the casual comment about the state of business from a guy who poured wine tastes in Napa, met up with wanting to tell a tale about a woman whose business is failing because of her adorable but absolutely feckless parent. Scraping hard, parts of the novel are based on actual events (and an homage to Jane Austen’s Pride and Prejudice), but the final result, Just Like That, was a long way from where those impulses began.

There’s Real and then there’s Authentic

That being my creative process, I work hard to make sure none of my characters resemble friends and family except perhaps in the odd trait or quirky pattern of speech. When a friend offers up a habit of dipping her fries into her strawberry shake…you gotta use something like that.

I want my characters to be real to me, as her own person. And while a single event in the life of someone I know might intrigue me, I usually take it from there by generalizing the experience to lesbians, to women, to human beings, and look at whatever those events were in larger contexts.

I research other actual events (never fiction) of a similar nature. I learn more about whatever it is. Shake it up, then pour into my character what makes sense to her life given the background and personality I’ve given her. She is fictional, but she is an authentic representation of a person who could exist.

It’s Still My Own Creation

If I know the original source of inspiration, I will generally let whomever know that they were inspiring, but make it clear that while they might see touches of their experiences here and there it is still fiction, and I’ve taken care so that no one can say “Oh that’s so-and-so.”

Reflecting on my process, I think it’s ethical , but I can’t say I set out to make it so. It just feels right to me. I like to write characters who are both specifically real and universally meaningful, and who are my own creation.