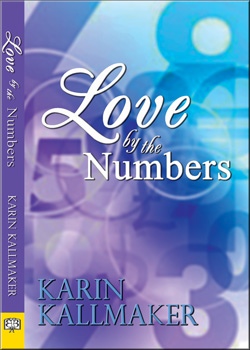 I’m delighted to reveal the actual non-minimalist cover of Love by the Numbers forthcoming from Bella Books this November.

Acquitted of complicity in her father’s financial mega-swindle, “American royalty” Lillian Linden-Smith is being hounded relentlessly by a TV lawyer and a public mob still out for her blood.

When one of the few friends she has left offers her an assistant’s job that will take her out of the country on promotional tour, the now penniless Lily grabs it—and doesn’t question the condition that, no matter what, she cannot quit.

As a behavioral scientist, Professor Nicole Hathaway’s work strips away the foolish mystique that surrounds the human mating dance. She’s even devised a way to predict compatibility based on DNA. But when Love by the Numbers goes viral, and her ecstatic publisher books her to appear all over the U.S. and Europe, she’s overrun by critics and fans alike. And she’s certain this Lily Smith creature isn’t going to be any more help than the last assistant they sent her. Or the one before that. Or before that…

Rude, arrogant, spoiled brat. These are the nicest words Lily and Nicole have for each other. No matter how the numbers are crunched, it doesn’t add up to romance.