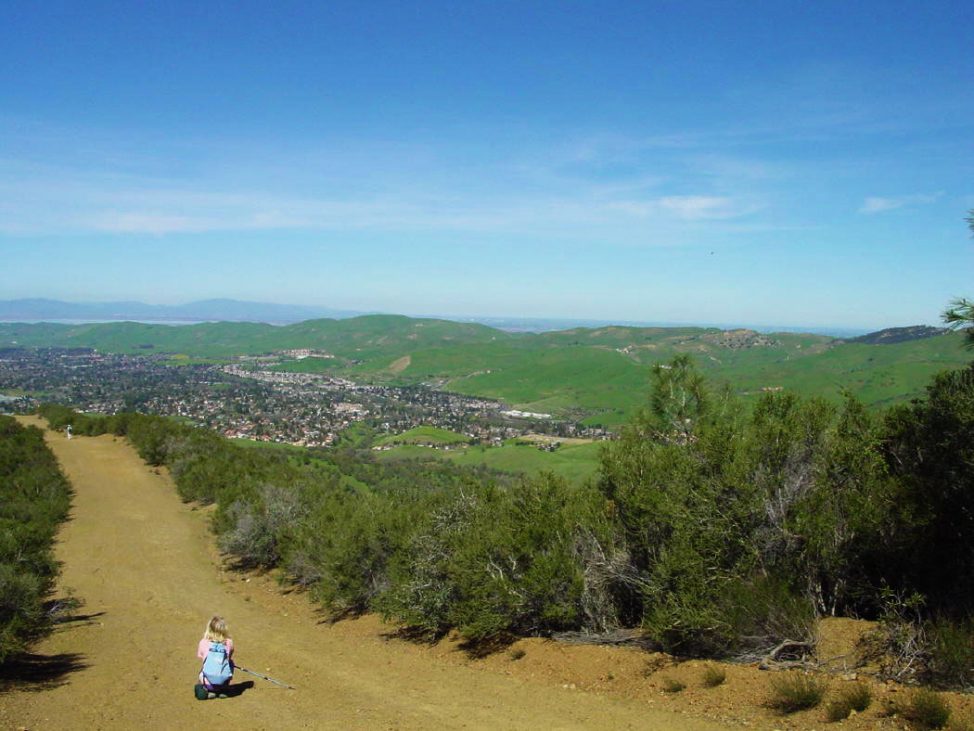 It’s spring in the Bay Area–it arrives here in time for St. Patrick’s Day. The hills have gone green and people who’ve been say it looks a wee bit like Ireland.

We celebrated the arrival of spring by resuming our family hikes. Heading to Mt. Diablo State Park, we accessed a new trailhead, sorted out our maps, made sure we had snacks, sunblock and water, and set off to find the waterfalls that are “spectacular” this time of year.

We followed the signs–to the wrong trail. Instead of our moderate climb of perhaps a thousand-foot elevation change, taking about 2.5 hours roundtrip, we spent 4 hours going up and then back down about two thousand feet. We never did see the waterfalls, though we heard them. We also heard the jolly laughter of people on that other trail, visible far below us, looking so sedate in its climb. From where we were we could also see the snowcapped Sierras, the wind farm in the Altamont hills, a hint of the foothills to the north of Sacramento and the delta leading to the Carquinez Straits. It was a spectacular panorama.

I have to hand it to my kids, though, because not once did they complain though hiking isn’t high on their list of things they want to do on a beautiful Sunday afternoon. There was a little lagging on the steep climbs, but frankly we took turns falling behind with a mild complaint of sore toes or sweat in the eyes. Once we finally hit a summit on the Prospector’s Gap trail, and headed down, the kids were out front and they even had enough energy for one of their favorite pastimes: bickering. It’s a sure way to tell they’re feeling like their usual selves.

I did my part: we got back to the car and it was milkshakes for everybody!

The photographs are from the same general direction (east); one is just a wee bit higher up the mountain than the other.

Additional note: Especially for those who don’t live here, this is the time of year I like to send out this link to the Berkeley Hall of Science viewcam. Because I’m cruel that way.