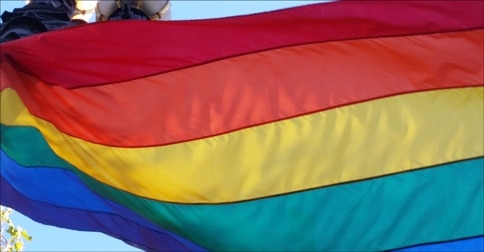 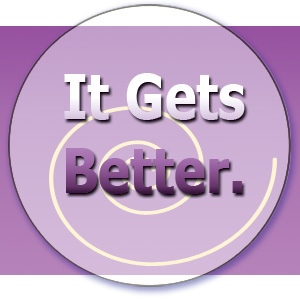 A writer I know entrusted me with her story. It’s not easy to read, and after the stories of the last few days it’s clear her story is unique only in the details. The common threads and themes are all too consistent for victims of bullies: Different = Target.

She shared it with me to share with you because the vulnerability lingers, decades later. It served as a reminder to me that all around us, and us included, are the Walking Wounded. We heal, but that’s not the same as never broken. Wounds scab over, but can be reopened when hit just the right way. Scars remain. There is no shame in being the victim of a bully; the shame is the bully’s, just like all abuse.

She directed her story to those thinking of suicide. I would also direct it to those who put their bullying in the past. Whether walking tall and proud, limping in dogged stubbornness or simply putting one foot in front of the other because forward is the only choice, the despair is no longer paralyzing. Scars remain — they are badges in courage. Walking Wounded also means Survived. So this post is to celebrate survival.

For those who are bullied and thinking of suicide

I have been where you are. Here is my story. I started gaining weight in the sixth grade. I couldn’t help it. No matter what I did, I kept getting bigger and bigger. I was teased by the other kids and accused of stuffing my bra. The walk home from school every day was torment as they followed and taunted me…those days I didn’t get beat up, that is.
As a fat kid, I was fair game for everyone. I dared not eat in the lunchroom lest I get bombarded with boys making oinking noises behind me or girls just flat out calling me a fat pig. I loved to learn yet I dreaded school with every fiber of my being. When I broke my ankle, I was thrilled to have a tutor sent to the house for those three months because I didn’t get picked on during that time. If I could have had a shattered ankle and been tutored at home throughout high school, perhaps things would have been different. Alas, it was not meant to be.
As if being fat wasn’t enough, I realized at age 16 that I was a lesbian. This was in the mid 80’s, when the word lesbian was still not said with any sort of pride in public and gays in high school were very much in the closet. There was no gay and lesbian youth group to turn to, no resources at the guidance counselor’s disposal. I suffered in silence, feeling more isolated with every passing day.
Then I was outed. His reasoning was simple. He did it for no other reason than to hurt me. At age 17, I could take no more. Not another day of the pain, of feeling persecuted for something I had no more control over than my eye color. I could take not one more taunt, not one more insult. Believing that it would never get any better, I turned a handgun upon myself. It was a .22 caliber and the only reason I didn’t shoot myself in the head was because I thought the bullet was too small to go through the skull. Instead I caused damage to my internal organs as the bullet ricocheted off a rib and ripped through my body, coming to rest behind my right lung. I was given 8 units of blood that day and I was on life support for 10 days, too weak to breathe on my own.
My mother and grandmother stayed by my side, telling me over and over how grateful they were that I survived, that the shots had alerted police to come find me in time, how horribly sorry they were that I did not know how much they loved me and my being a lesbian did not negate being their daughter and granddaughter. That first week of recovery, I was able to open my eyes for only a few moments at time, unable to speak due to the breathing tube, unable to move due to the other tubes going in and out of my abdomen and neck. It was two weeks before I was able to sit up on my own and a full month before I was discharged from all the care facilities.
Twenty-five years later and I live with the eighteen inch scar running up and down my belly, a smaller one on my back where they removed the bullet months later after I was strong enough for more surgery, and the smallest on my neck where they put the IVs in to help keep me alive. I cannot look in the mirror without seeing a physical reminder of that day. I used to hate those scars but now I see they are a mark of courage because they are part of the healing, not part of the pain. I survived, which sadly is more than so many have done. I thought I was all alone and I was not.
You are not.
If you’re feeling suicidal, reach out. Call a friend, text a stranger, post a status update, REACH OUT! It does get better. I know. I’ve lived it.
Twenty-five years later and I have a fulfilling life. I have been successful in my chosen field of work and enjoyed the sharing of my talents with my novels. I have a wide, diverse circle of friends and family who love and care about me. So much has happened in these last two and a half decades that I am grateful I did not miss. I am greatly saddened at the loss of so many vital human beings within the first weeks of the school year. Those children will never get to enjoy the future. Please, reach out. If no one is there, find another place and reach out again.
We’re here and we care. You are not alone. Reach out and don’t stop reaching out until someone is holding you safe. Suicide is not the answer. Choose life. It will get better. I know. I’ve been there.