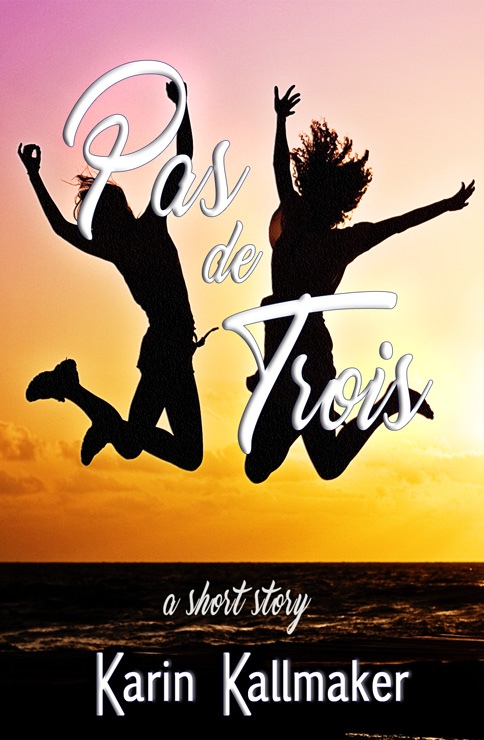 Helen and Diana have one thing in common: they both loved Edie. As they sit together at Edie’s wake, their mutual grief forms a bond that soon takes a surprising turn. Comfort in the midst of grief or the beginning of something new? A sweet and sexy story of moving on.

“Pas de Trois” was originally published in Dancing in the Dark (Naiad Press). It also appeared in Romance for Life (Intaglio). Revision ©2018.

One purchase unlocks all formats.

Are you a fan?

What People are Saying...
Covers Past and Present
Other cover art for these stories 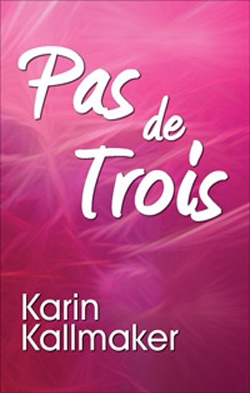 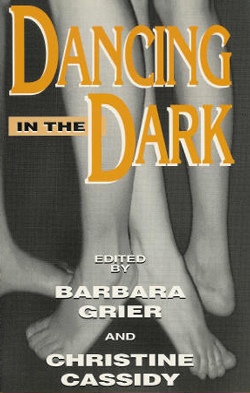 Diana was definitely the grieving widow. After the last of the mourners had said what they wanted to say about Edie, Diana rose from the first pew, and was the first to view Edie in her coffin. She was followed by another five women, all of whom had at one time lived with Edie during her forty-five years.

I noticed that they had unconsciously arranged themselves in order of most recent (Diana) to longest ago (Emily). In between came Catherine, Kathryn, and Anne. I was reminded of the wives of King Henry VIII. Edie as Henry… There was a little truth to the comparison, but I didn’t want to think about that now.

After the parade of girlfriends came Edie’s many other friends (some of whom she’d slept with), her co-workers (ditto), then her family (she drew the line there). I kept my mind busy counting the number of ex-lovers, then I realized if I didn’t get in the queue I’d end up last.

As I rose to my feet, I saw that people ahead of me were clearing the way. I was amused, then touched when Diana, who had remained near the foot of the coffin, came toward me with her arms open. Diana was the grieving widow, having been resident at the time of Edie’s death. But I was Helen, and referred to by the others as The Wife. I’d lived with Edie the longest: eight years. Twice as long as any of the others.

Diana might have been the one to break my record. But then Edie had gotten sick, and before we’d even been able to prepare ourselves, she was gone.

I don’t like funerals and I certainly don’t like coffins, not even ones festooned with a rainbow flag. I’d managed to make it forty-two years without viewing a body. I’d been hoping to pay my respects with some privacy, but now everyone was watching. The heavy scent of the roses and lilies was thick in my throat.

At the last moment couldn’t do it. I wasn’t going to look at her waxen face. I didn’t know if I’d throw up or if I’d do what I really wanted to do—slap her silly and scream at her that I’d told her to get a pap smear every year and every year she made some excuse. You never listened to me, Edie Campbell, and look where it got you, damn you.

I hate crying in front of people, but Diana cries the same way I do, so I felt less self-conscious. It’s not pretty and it’s not showy—a steady flow of tears down a blotchy face that requires constant dabbing with increasingly useless, shredded tissues. She handed me a Kleenex and whispered that she had a ton of them.

I awkwardly turned away from the coffin before I got close enough to see Edie, then hugged each of the girlfriends (I could never remember which Cathy was the “C” versus the “K”), ending again with Diana. We hugged each other for a long time, and the solid warmth of her eased the cold ache in my chest.